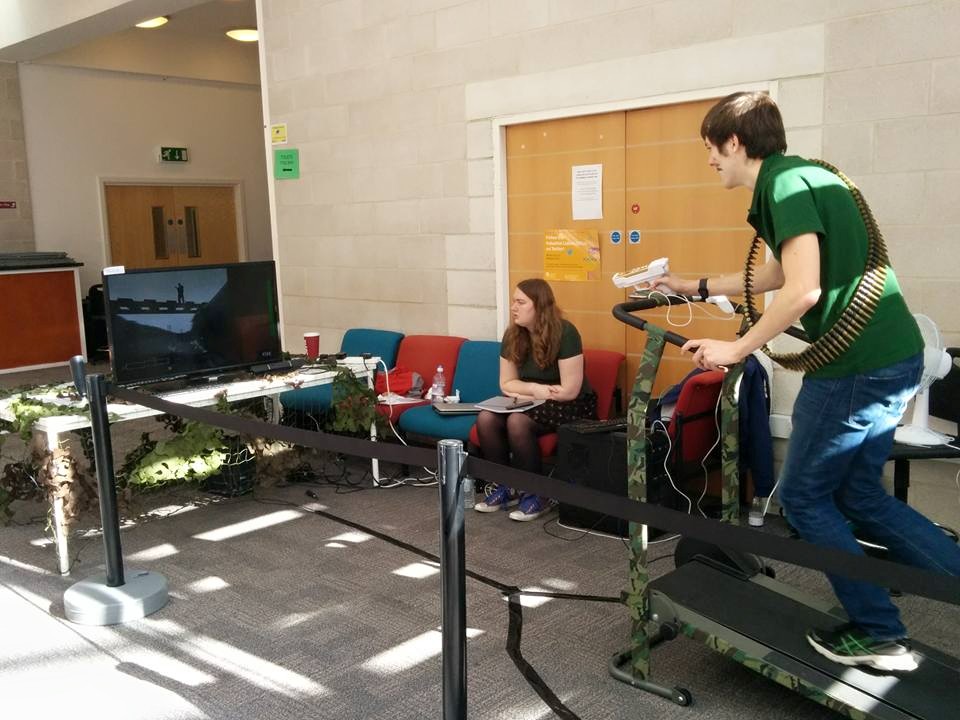 Trenchmill is a World War I first-person shooter with a difference; where other games are content to simply use a controller, Trenchmill receives input from a variety of devices, including a treadmill, a heart rate monitor, and a Wiimote in a gun casing. Movement on the treadmill corresponds to movement in the game, with the Wiimote providing the player a tangible method of combating virtual enemies. The heart rate monitor adjusts the game in real-time based on the player’s performance, ensuring that the experience is tailored to each individual according to their abilities.

Trenchmill was built by a team of 6 over the course of the academic year, from pitching our original ideas to the final demo day. My contributions to the project included: